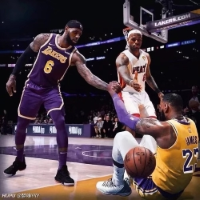 [Q] I have created a 2D mesh in ICEM CFD using blocking. However, Fluent is unable to read the data and prints error message "Segementation Violation"!

[A] Before I answer to your question, be informed that "Segmentation Violation" message is not unique to a particular error. There may be many causes to your problems. Follow the following steps to trace them:

[Q]If have change the material from "Air" to "Water" using GUI: Define > Material. However, the solver is still using Air.

[A] In most of the cases, the user has to manually set the material for the domain ("fluid" boundary condition) to new material defined.

[Q] I have created a 3D axi-symmetric mesh in ICEM CFD. There was NO error message during "Mesh Check" in ICEM. The mesh on the periodic faces are conformal i.e. 1:1. However, grid check in Fluent is not printing correct value of periodicity.

[A] It requires a small adjustment in Fluent. You have to use TUI: define > boundary-conditions > repair-periodic. Sometimes, creation fails because of slightly non-matching mesh nodes, increasing the matching tolerance up to 0.5 (default is 0.05) may help: grid/modify-zones/match-tolerance.

[Q] I am studying the effect of various operating conditions on a given geometry and similar but different type of mesh. How do I ensure that the Solver Setting, Material, Discretization Scheme remains same for all such cases?

[A] There are two ways you can accoplish this:

Depending upon the complexity of the problem, sometimes one has to use a combination of both the approached mentioned above. [Q] When I import a mesh created in ICEM CFD V12.1, I get following error message:

What is the error about and how do I rectify it?

[Q] I have prepared a 2D mesh in ICEM CFD V12.1. The "Mesh Check" under "Edit Mesh" tab reports no error message. When I tried to import this mesh in Fluent V6.3.27, following error message was reported:

[A] One of the case observed is when there is an internal edge and the the two surface mesh either side are in same "part". Sometimes, particularly in ICEM V12.1, if any part name is named as interface_*, they are automotically assigned the boundary condition type "INTERFACE" in Fluent. The remedy is either to remove "interface" from name of the part or create a "grid interface" in Fluent involving zone ID 56 & 57. The former is recommended action. [Q] While creating a "grid interface", following error message is reported:

[Q] How do I start window in batch mode?

[Q] We have limited Fluent solver license and try to maimize its utilization. For this purpose, we try to start next runs as soon as possible (the solution does not take more that an hour and needs to simulate around 100 cases). Is there a way to keep solver busy all the time?

[A] This can easily be done by starting solver in batch mode. You can prepare many case and data file using Fluent Post and use following input files to keep solver running all the day-and-night:
You need to run Fluent in batch mode and specify following content as Input.jou. Note that the file extension does not need to be .jou. Instead it can be .in as well.
For Linux:

For Windows: Create a batch file with following content

[Q]How to stop a fluent solution run before assigned number of iterations while saving the latest results!

To receive mail notification upon the completion of a batch job, add the following line at the end of the batch journal: !mail email-address < message.txt

[Q] I make runs on remote machines which take long time. How do I get to know that run is finished without continuous monitoring?